Helsinki City Museum and HAM Helsinki Art Museum have co-produced an exhibition called State of Mind – Helsinki 1939–1945. Between 1939 and 1945, the appearance and spirit of Helsinki changed drastically. The exhibition, which will be spread over Villa Hakasalmi and Tennispalatsi, will showcase pessimism and optimism as reflected by visual art and photographs, in addition to providing a broader look at the visual world that people had to get used to during wartime.

In September 1944, a part of an archive on a secret mood survey was burned in the heart of Kallio. In the preceding years, thousands of ordinary Finns had been recruited to report on moods, rumours and dissidence at workplaces and in shops, cafeterias, public saunas and public transport. This information was conveyed to the military command to provide a picture of civilians’ states of mind, which affected the combat ability of the soldiers on the frontlines. That same autumn, the rest of the archive was buried underground in Mäntyharju. The preserved part of the archive was conserved 50 years later in the National Archives of Finland. State of Mind, the first joint exhibition produced by HAM and Helsinki City Museum, is based on this archive, which remains closed today.

The exhibition was conceived and curated by author Anna Kortelainen, and the exhibition architecture was produced by set designer Minna Santakari. Together, the art works, photographs, items and intelligence data quotes act as a barometer that tells us about conflicting emotions, moments of joy, suspicions, fear and defiance. The exhibition will showcase some of the most important locations in Helsinki where events took place during the wars – worlds of light and shadow.

‘The way in which you personally react to these positive and negative stimuli is the path to the state of mind of the residents of wartime Helsinki,’ Anna Kortelainen says.

The theme of the part of the exhibition showcased at Villa Hakasalmi is the impact of the evacuations of Helsinki on people’s states of mind. The things that were deemed to be the most valuable were taken away from Helsinki to the countryside or as far away as Sweden: children, women, elderly people, scientific and artistic treasures, public sculptures and cultural heritage landmarks. At the villa, visitors will be able to learn more about the major efforts taken to prepare for the worst. This part of the exhibition also pays attention to the impacts of the sixty five days on which Helsinki was bombed during the war years on the lives of the city’s residents. Additionally, the exhibition takes visitors to the military hospitals in Helsinki and the office on Vuorikatu in which the mood survey was conducted.

The exhibition at HAM will focus in particular on the ability of visual artists to express the city’s sentiments. The fascinating colour scale is a treat for the eyes, with the large projected images bringing the emotions, facial expressions and gestures of Helsinki residents closer to the viewer. HAM will also showcase forgotten cultural events: exhibitions of spoils of war held at Helsinki Exhibition Hall, with their eye-catchers and enormous number of visitors; the exhibition of German art created on the frontlines that was held at Ateneum in spring 1942; and the exhibition of Finnish female artists that went on tour to Berlin, Vienna and Poznań in Poland in spring 1943, featuring works by Helene Schjerfbeck and Tuulikki Pietilä, among others.

More info of the exhibition in HAM

In Villa Hakasalmi, there are occasionally events that limit experiencing some parts of the exhibition. The events can be found in our event calendar. 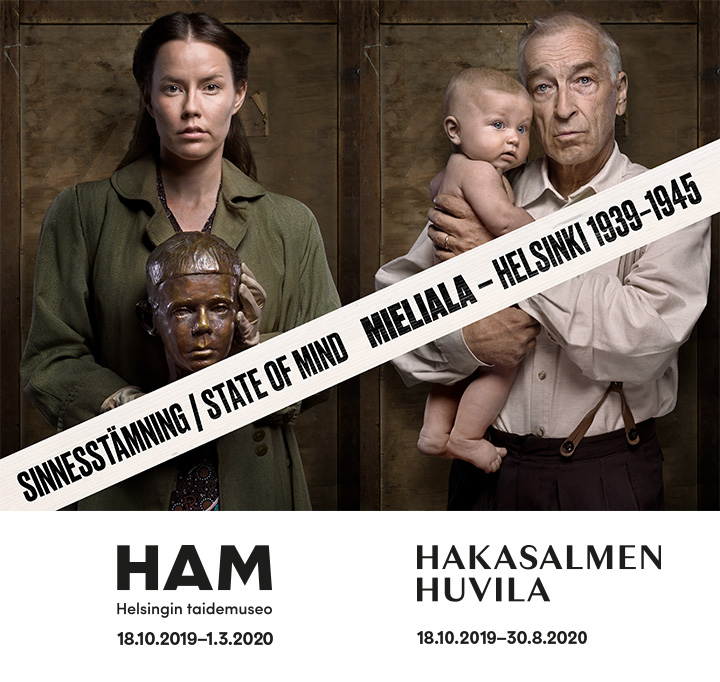 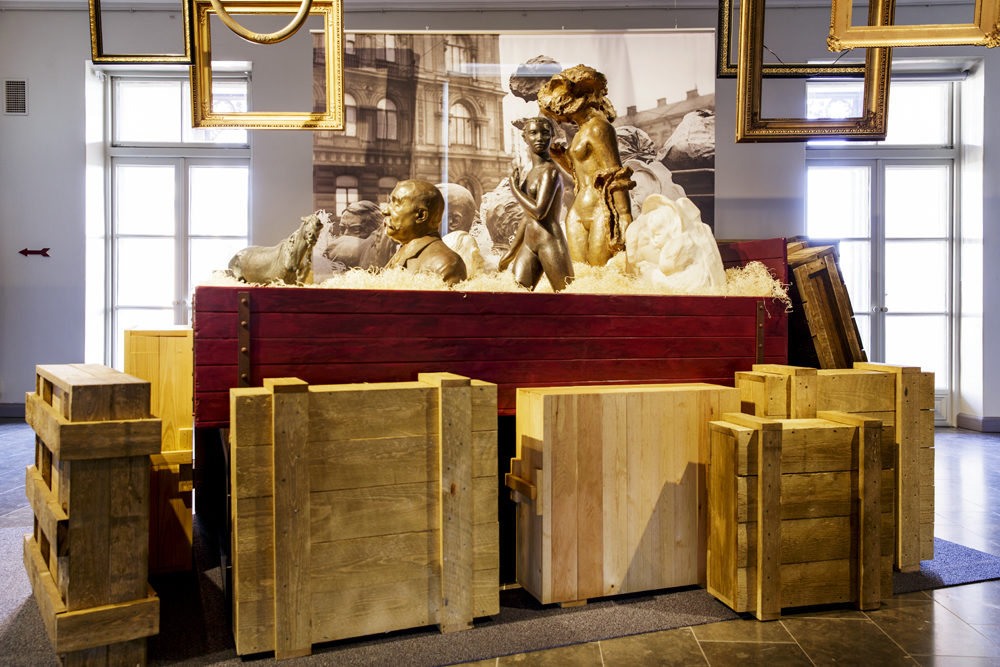 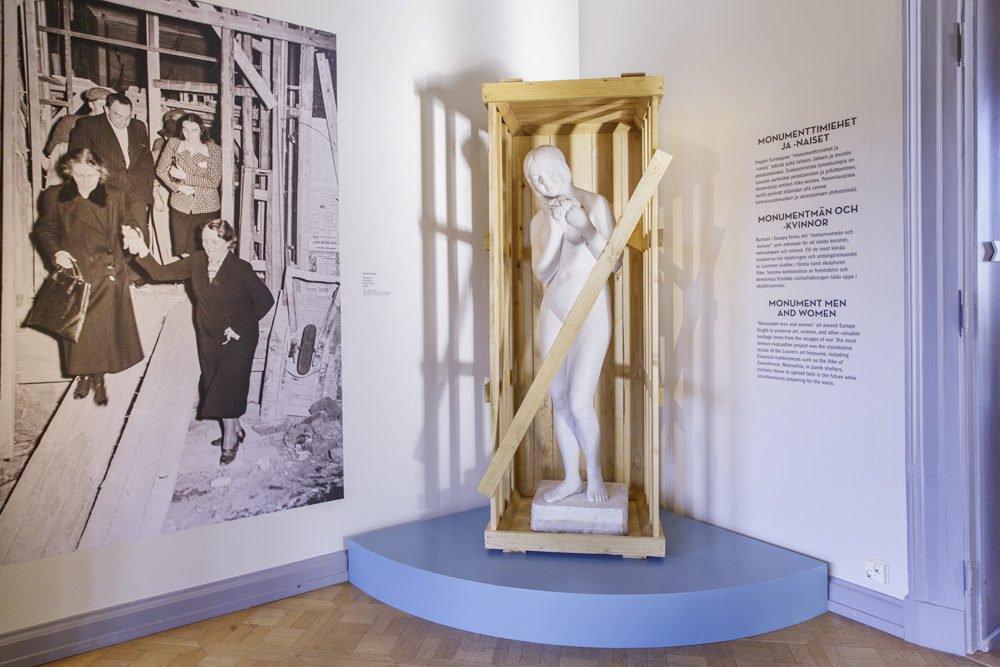 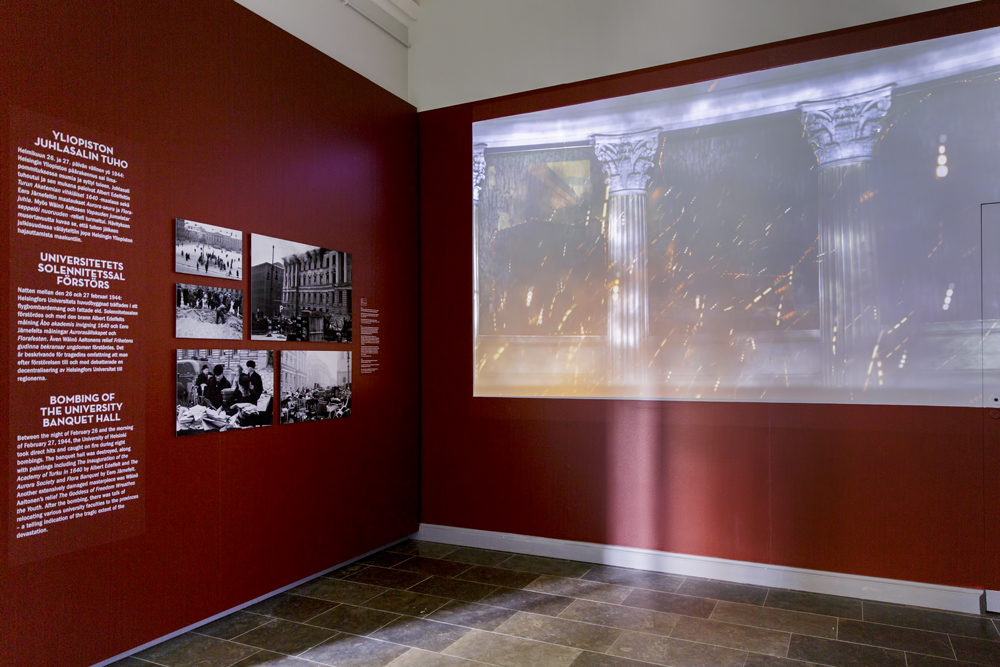 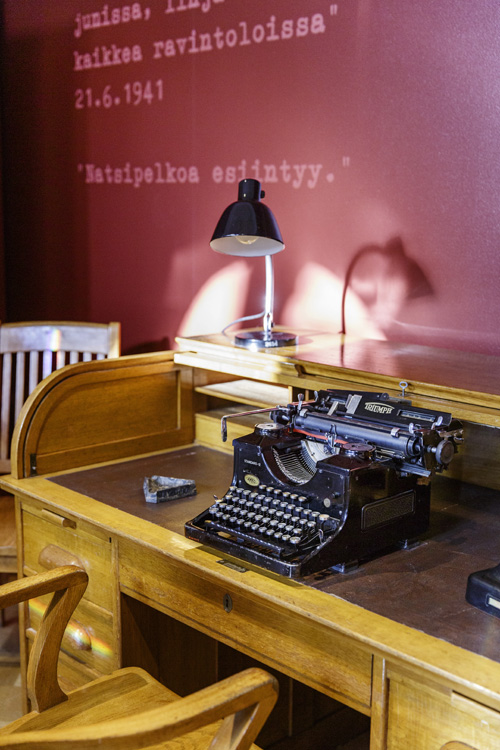